When Sweden was awarded the EuroPride 2018 title Stockholm Pride reached out to the city and asked businesses to put up a rainbow flag. At first many said it just wasn’t necessary. “Doesn’t EVERYONE know they are already welcome here?” But after some convincing that no, most of the world is not as welcoming and inclusive as Sweden, everyone got on board.

I say Sweden rather than just Stockholm because EuroPride was actually two events that took part in Stockholm on the eastern coast in early August and two weeks later in Gothenburg in western Sweden.

I have never seen anything like it. The city, for days preceding and including the actual parade day, was covered in rainbow flags. It was magical. Boats of every size in the harbour, the city buses, trains, hotels, offices, shop windows, restaurants, etc were ablaze with colourful flags or other creative displays of welcome. 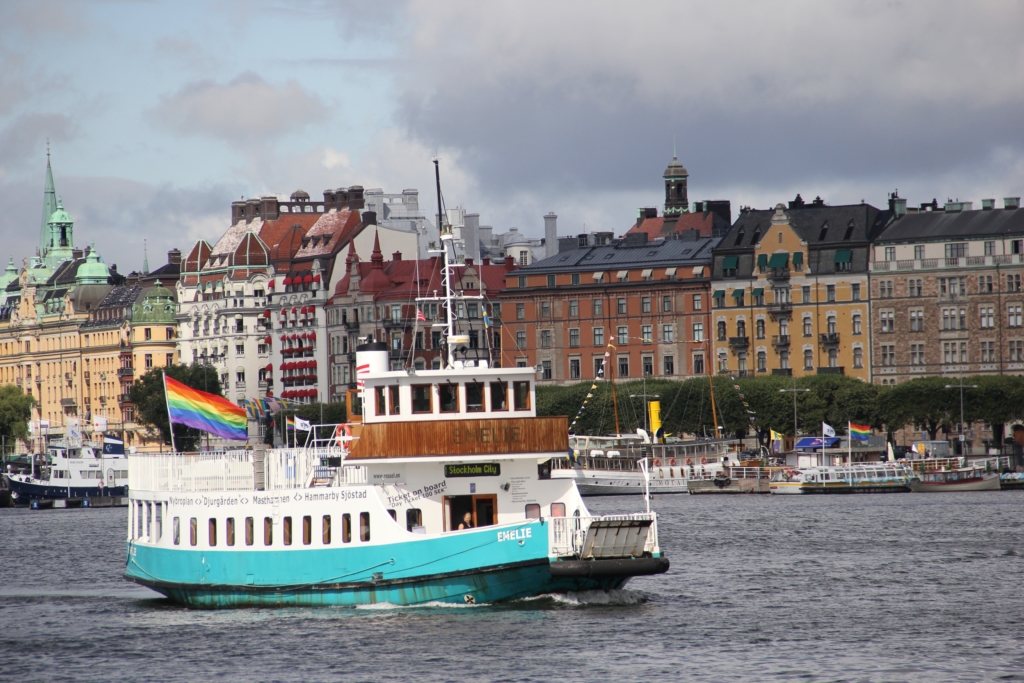 It was almost overwhelming. I felt a bit emotional at times when I might walk around the corner and see a whole store with a beautiful, thoughtful, and well done window or the pride flag flying right beside the national flag in front of a government building. 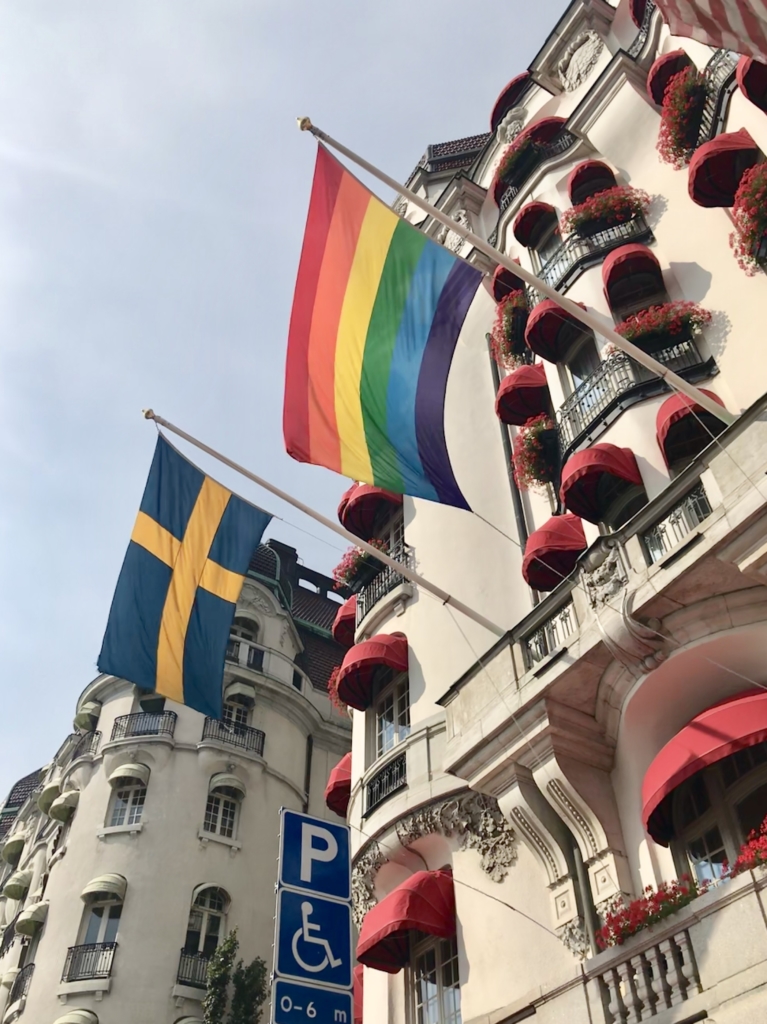 The Arts and Cultural Centre, located in the heart of the city, was headquarters for PrideHouse and offered a huge space for a multitude of events from a Human Rights conference to lectures and discussions on a variety of issues relating to the LGBT community. The City was more than happy to donate the space for the event. 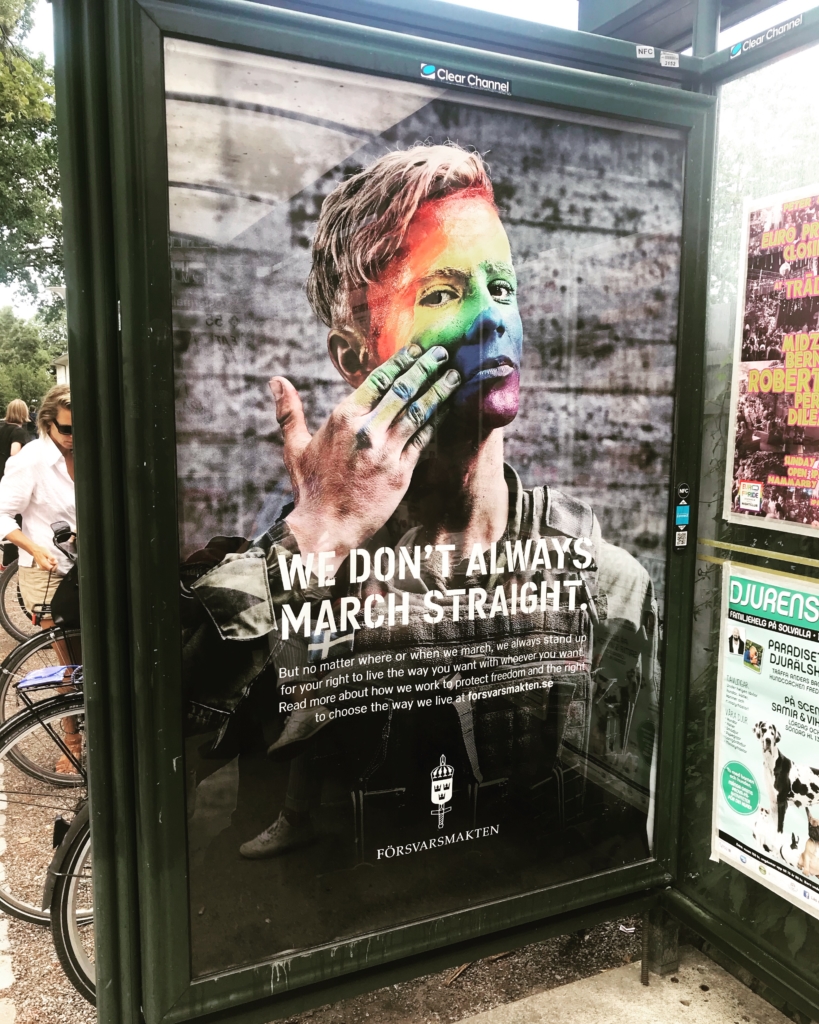 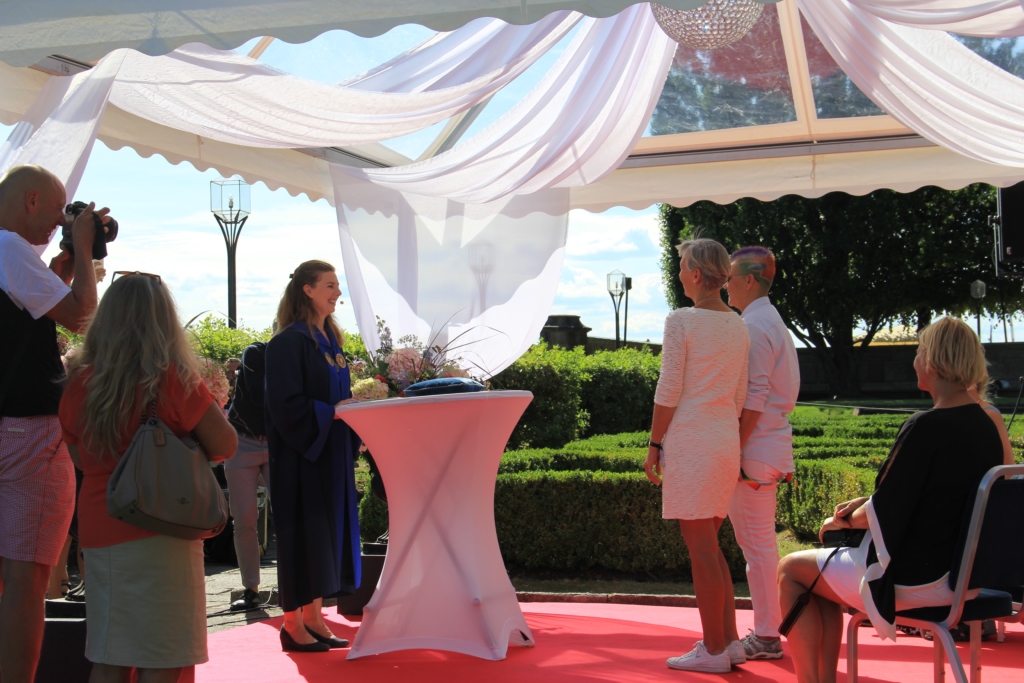 Even the mayor officiated same sex weddings one afternoon on the riverside in front of city hall. We met with her after for Fika (coffee and cookies) and she was genuinely loving the festivities and later marched in the parade along with the Prime Minister.

The week leading up to the parade was filled with sightseeing, a sexy pool party, pre-parties, beautiful restaurants and just enjoying the city, weather, and people.

Over 600,000 people attended the parade. Don’t forget there are only about 1,000,000 people in the city itself! Normally 45,000 people march in the parade, but for EuroPride they estimated it got up to 60,000. It was a massive parade, but was so much fun watching the over-the-top spectacular. Emotions ran wild with participants ranging from an organization called “Marching For Those Who Can’t” to a float of LGBT seniors who were dressed up and having a blast. The weather cooperated beautifully too and cleared up after a bit of rain in the morning.

At the end of the parade route was the main party. It was huge and lots of fun with a massive main stage, food and drinks vendors, and a variety of stands selling Pride trinkets and clothing. Support groups and various LGBT organizations were also well represented. There was even a Kinky Korner, but we actually never made it there ourselves. Much of the entertainment was Eurovision style bringing together all the different countries represented by EuroPride. It was amazing to listen to thousands of party goers from all across Europe all singing along in one united voice. 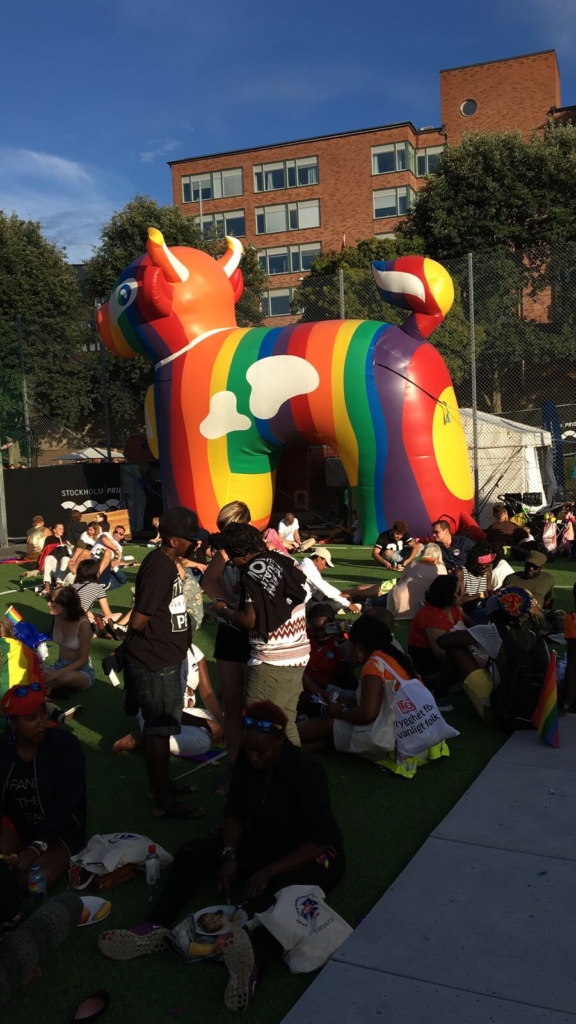 It’s always a bit sad after such a great event is over. Reality sets in, the adrenaline subsides, the decorations come down and you have to go home. Wouldn’t have missed it for the world though and I’m so glad we got to have the experience!

More information on Stockholm, specifically for LGBT travelers, can be found at StockholmLGBT.com.