Virginia might not be the first state that comes to mind when you think of an LGBTQ-friendly destination. In fact when I’d tell people that I was going there I’d usually get a surprised look. Today’s Virginia has changed a lot from the Virginia of the past though that many people have in their minds. Or so I was told, because I’d never been there before, and didn’t necessarily think it would be the most welcoming place for an openly gay man to visit either! But I was invited to go and speak at some Pride events, and I heard that it in fact had made some pretty big strides forward with the LGBTQ communities there, so I went to see what it was like.

I started my visit in Norfolk, a city in the southeastern part of the state. I took a walk around the waterfront area with the couple behind Outwire757, a local gay magazine featuring news, entertainment, and lifestyle resources for the area. It was a beautiful area to visit before I drove off to Richmond to see and stay in the state’s capital. I went to a couple of interesting museums there (see the video above) and ate some delicious food before heading off to Petersburg for their Pride event.

Petersburg is a city with just over 30K people so it’s a pretty small spot to have its own Pride, but as I found out, that’s actually becoming more and more commonplace in Virginia these days… with somewhere around 20 different Pride events in the state this year! I also went to a drag brunch while I was in Petersburg, which is something that takes place there even outside of Pride, so again, goes against what many people might think of for a small city’s attitude toward the LGBTQ community in Virginia.

The next Pride that I went to was for Charlottesville. It’s another city with a reputation that might make you think it wouldn’t be a good place for an openly gay guy to go to, but it has a good sized Pride festival and I went to a gay bar afterwards that had a fun drag show as well. I never felt uncomfortable or out of place while I was in that city as someone in the LGBTQ community and got the impression from the locals that I met that they felt it was a much more open place than it used to be. 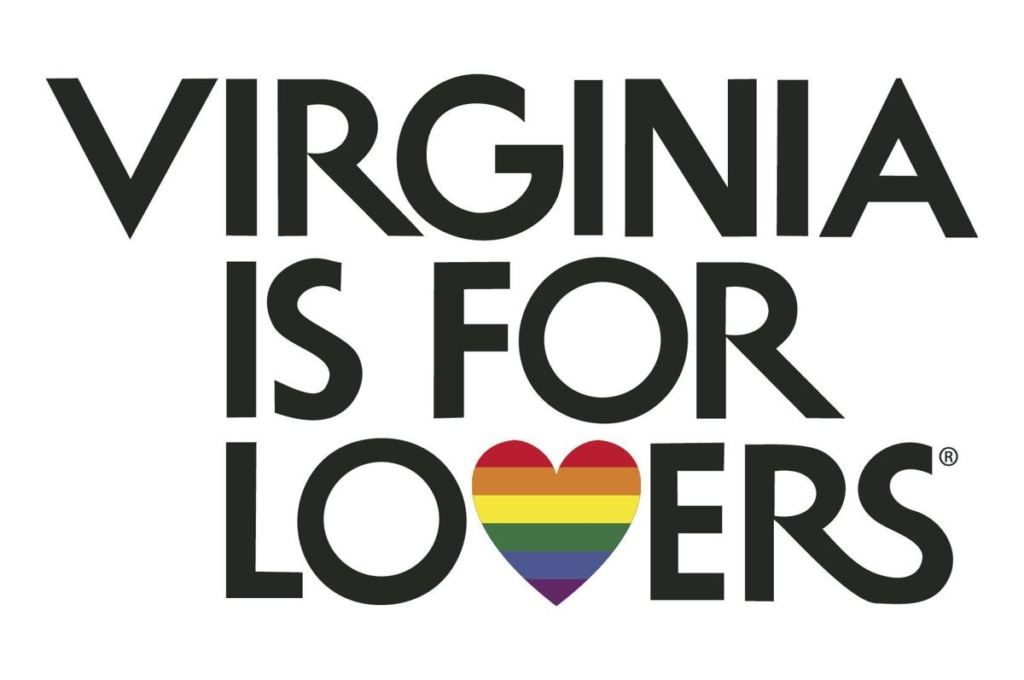 The final Pride I went to was the very first one ever for Williamsburg! This was a very small Pride, as you might expect for a city of only about 15K people. It was a really nice family event though with all ages there, just celebrating being out and open and authentically themselves. I spoke at all 3 of the Pride events and loved being able to let everyone in attendance know that I was really impressed with the strides that the LGBTQ community have made in their state and that I’d be telling people in Canada how Virginia is for ALL lovers!

I also shot another video while I was in the Carytown area of Richmond during my visit. It’s mainly known for its colourful street that has independent boutique shops, record stores, vintage emporiums, cool cafes, yummy bakeries, health-conscious restaurants, and craft cocktail bars – among other things. It was a beautiful day so I walked down Cary Street and gave an update in the video on the situation with the LGBTQ refugee I’m sponsoring. I also just wanted to check out that area before I flew back to Canada since there’s so much to see walking along it – and if I hadn’t had a plane to catch I would have stayed there even longer!

I fit a lot in to a short visit and would love to go back to Virginia again to experience their biggest Pride festival which takes place in Richmond. The timing didn’t work out for me to get to that one this year, but the 3 smaller Prides that I went to in the state certainly made up for it. I had a really nice time in Norfolk, Richmond, Petersburg, Charlottesville, and Williamsburg, and there’s still of course more to see in Virigina beyond those cities (and more to see within them too) so hopefully I’ll make it back again one day soon to explore further!

Be sure to subscribe to my YouTube channel for more LGBT-friendly videos from my year as Mr. Gay Canada and to be alerted as soon as my new ones go up, turn on the button for notifications (just click on the bell icon after clicking on the Subscribe button) because I have a lot more videos from different LGBT-friendly destinations!