Near the end of 2019 I went to Palm Springs for their Pride weekend (which takes place in November because it’s so hot there in the summer) and it was my last one as the Mr. Gay Canada title holder! While we had been lucky in Vancouver with having quite a bit more sun than usual in the fall, I was still really looking forward to adding some heat to it by heading down to Palm Springs. I was even given a car to ride on in the parade with my name on the side so that was pretty amazing… it was so cool to be waving to everyone along the route and wishing them all a Happy Pride from Canada! What an experience – and you can see that, plus everything else I got up to, in the video above!

Big thanks to Visit Palm Springs for helping to coordinate this trip and here are some photos that I shared on my Instagram account from/about the trip:

I was quite impressed with the Pride festival in Palm Springs – it was bigger than I thought it would be! There were many booths along a couple of intersecting streets with a number of stages that constantly had different performers on it. Highlights for me were the throwbacks like Kristine W, Heather Small from M People and TLC!

I also managed to do one touristy/sightseeing thing while I was there which was to go up the Aerial Tramway which  is the largest rotating aerial tramway in the world! It gives you a great view as you go up from all different angles and then of course once you’re at the top you get a pretty spectacular look at the city and surroundings. Pro tip: bring a jacket because it’s actually quite a bit cooler temperature up there! 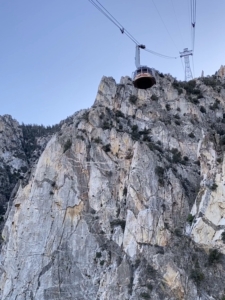 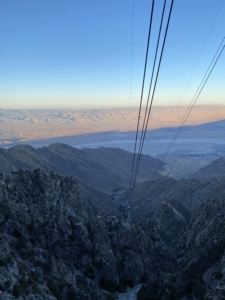 Another great part about my trip was that most of what I got up to that was Pride-related didn’t actually cost anything! The festival is free for anyone who’d like to go and easy to access – I didn’t ever have to stand in a line, other than to get into a club… you’ll definitely want to hit those early. On the first night we went to Hunters before 10pm and it was already packed. It wasn’t long before a long line started forming outside so if you’re used to going out later, be prepared for an earlier start on this weekend!

This was not my first trip to Palm Springs and I’m sure it won’t be my last. Especially with living on the West Coast it’s an easy destination to get to/from, it’s a warm getaway once the cold/wet weather has set in, and it’s one more chance in the year to celebrate Pride when it’s long over in most other places! 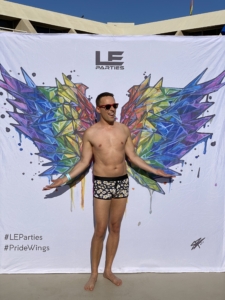 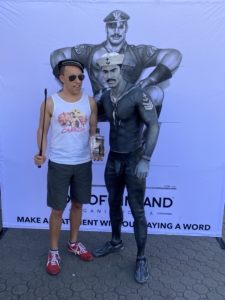 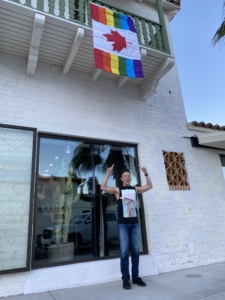 I have a big destination coming up next so be sure to subscribe to my YouTube channel if you haven’t already (and turn on the notifications by clicking the bell icon after clicking on the Subscribe button) and then you’ll be able to see the final, exciting trip I’ll have during my year as Mr. Gay Canada!