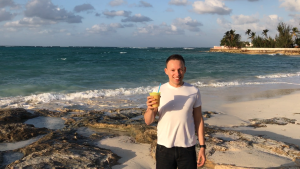 The Bahamas are definitely a popular place for tourism. After all, who doesn’t like sun, sand, and beach? Well, I suppose not everyone, I certainly do! So when my boyfriend invited me to go check it out with him and some of his family it didn’t take a lot of arm twisting to get me to say yaaas!

Usually I fully document my trips in a YouTube video, but because we were traveling with people who didn’t necessarily want to be on camera I decided to just record one of our experiences during the trip instead. We took a boat to go to Rose Island one day and that seemed like a good one to show some of the highlights of being in The Bahamas. 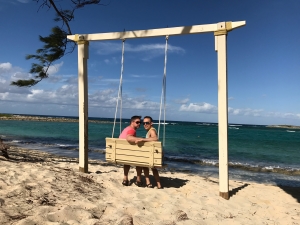 On the island we did a lot of snorkeling, saw some cool coral, and eventually got used to the cold temperature of the water! It was beautiful weather outside of the ocean, but no so much inside it. lol

There were just three of us on this trip – me, my partner, and his mother. But we were joined by other people who were spending the day on the island as well. Once we got to the island everyone was able to do whatever they liked, so if snorkeling wasn’t something they wanted to experience, they certainly didn’t have to! 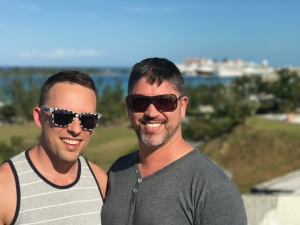 One really interesting thing about the Bahamas is the wildlife, which includes everything from peacocks to iguanas. Definitely not the kind of thing you’ll generally see on a walk through Vancouver, BC where I usually live. Or probably most anywhere in Canada as far as I know. 😉 The national bird of The Bahamas is the flamingo, and the national fish is a beautiful creature known as the blue marlin. I think ours is the beaver… I mean, it must be, no? 😀

And did you know that they have caves that are UNDERWATER in The Bahamas?  I mean, not that I saw them, but they’re there! What I did see in addition to Rose Island was a lot of friendly people and a beautiful country. A downside of visiting The Bahamas though, especially if you’re also a Canadian on the West Coast, is the time it takes to get there and the cost of living. We had to transfer through Toronto and everything was in $US when we arrived, but priced higher than the same things would be in the United States. Which was pretty surprising for what’s generally considered a pretty poor country. 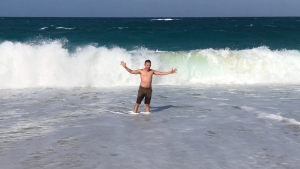 If you want to check out some more of my trips, with typically a more in depth video of the whole vacation, check out out the travel playlist on my YouTube channel or of course just check out the travel page here on my blog! I have a lot more trips planned so I’ll be sure to document those as well, and if there’s a destination that you’d suggest I check out next, on my own or with Heath, let me know in the comments below! Generally we prefer gay friendly destinations, but even though there isn’t fully equality for LGBT people in The Bahamas, we still felt quite comfortable and safe. 🙂