I got to walk in the Vancouver Pride Parade with LGBTQ newcomers to Canada who has been helped by the charity Rainbow Refugee. Through that organization, I’ve also started my own “circle of hope” with some friends to sponsor another gay refugee to enjoy a new life in Canada being his true self! I would love to walk with him in next year’s parade and you can help make that happen by donating anything you can. 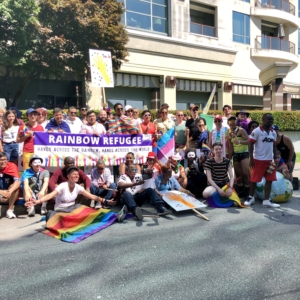 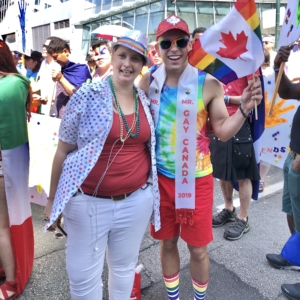 I also got take a photo with Justin Trudeau while he was in town for Pride! It was very cool to meet the Prime Minister and I really feel lucky to live in a country where our leader is such an advocate of the LGBT community. Unfortunately there are a lot of people who can’t say the same and that’s who we’re trying to help!

Feel free to subscribe to my YouTube channel to see more of the things I get up to during my year as Mr. Gay Canada!