I had no idea what to expect from Bruges (aka Brugge) as I had heard of the city, but nothing more. Which is a shame because it was really lovely with some incredible history and gorgeous architecture.

We started off the day with breakfast at our hotel, but after a short walk we discovered a farmers market in the city’s main square with a fresh Belgian mini waffle stand. Belgian chocolate drizzle? Oh twist my rubber arm. 😍 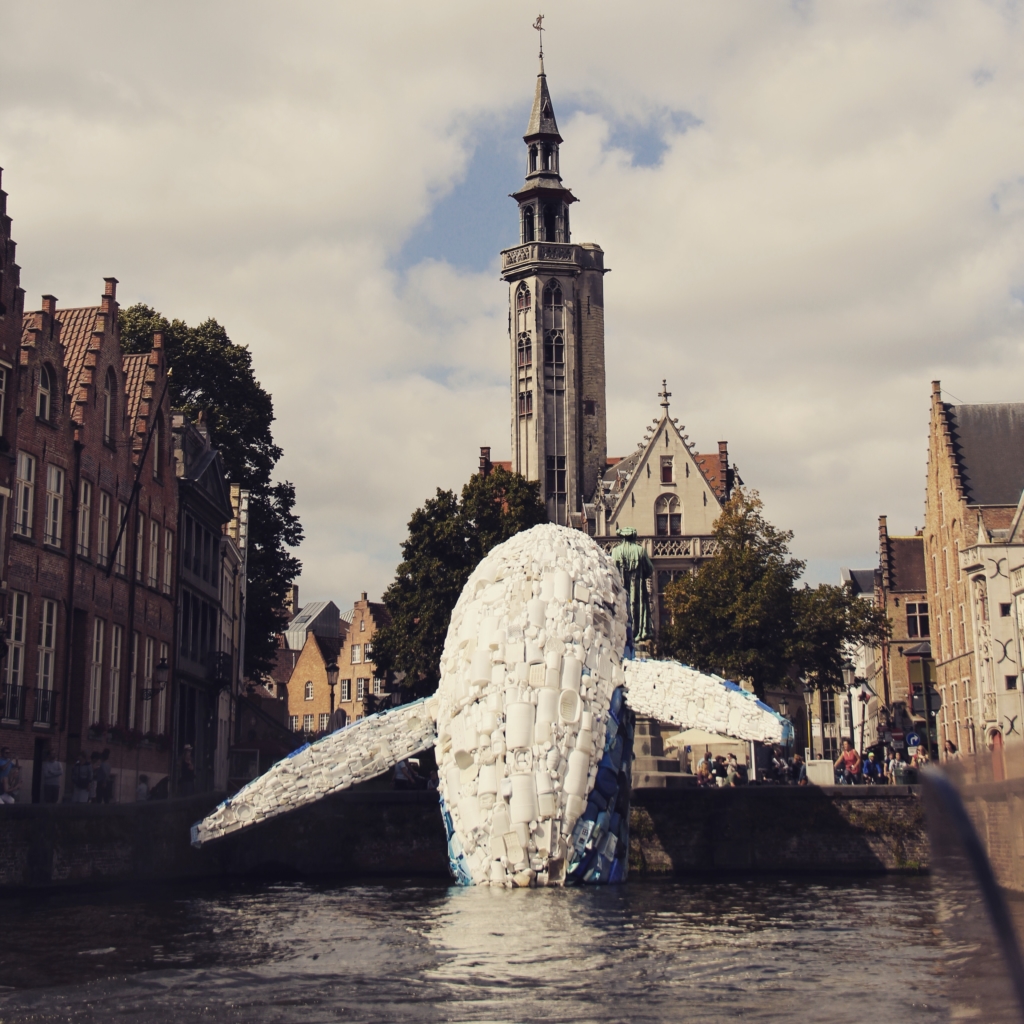 After far too many calories and way too much caffeine we went on a canal ride. The city is sometimes called the “Venice Of The North”. The boat was was a lot of fun as the “captain” took us on a colourful tour. He spoke to the group in 3 languages, but I think he spoke even more languages himself fluently. We cruised along at a pretty good pace darting under the very low arching bridges. The canals were once an extremely important way of getting supplies, people, and trade to and from the sea many miles away into the city. Now they are mainly just a picturesque pathway to walk along their banks. 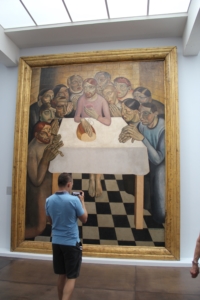 The very understated door of the Groeningemuseum revealed an incredible collection of art – mainly Flemish paintings, by some of the greatest Masters of over 6 centuries. The collection was impressive to say the least, but some of the subject matter could give you nightmares. Can’t say I’d want a painting of a judge being flayed alive in my living room.

They may be called French Fries, but the Belgians claim they were invented there! As such they eat them a lot. And I was perfectly okay with that much to Josh’s dismay. Lunch was a tasty little steak and, you guessed it, fries. It wasn’t the most relaxing meal as a swarm of wasps seemed intent on joining us at the table, but I wasn’t prepared to share it with them. 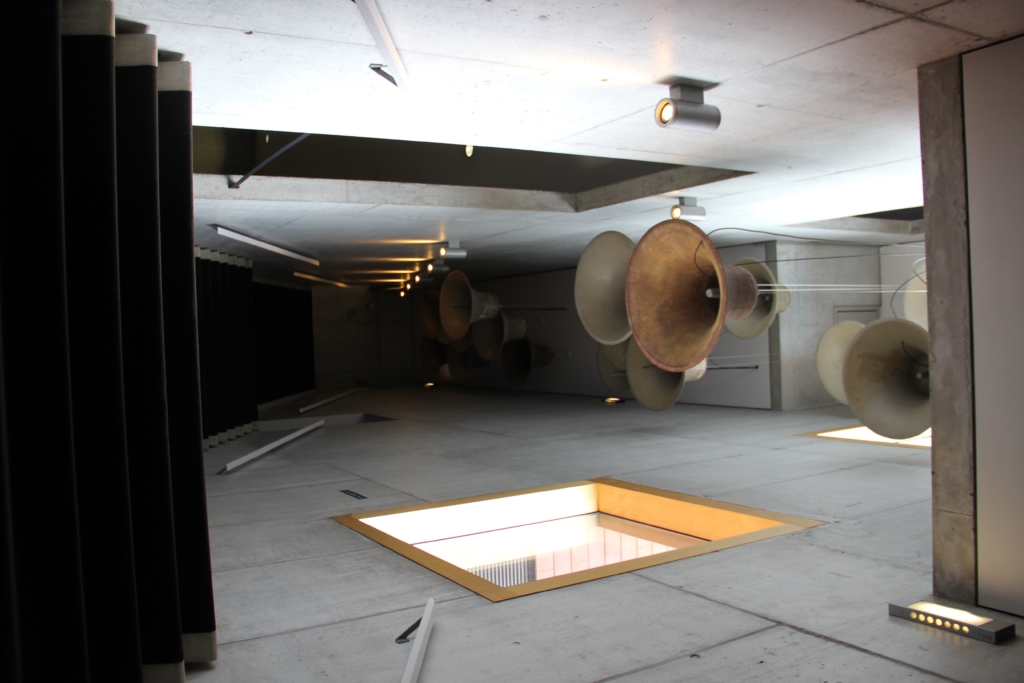 A short stroll over to the Concertgebouw provided a rather unique experience. The concert hall is the cities main musical venue. It’s known for its rather austere exterior, but excellent acoustics. The Lantaarntoren, or lantern tower, offered stunning views. To get to the tower they offered a self-guided tour of the internal workings of the building. It was quite cool to be almost ducking under electrical conduits in back hallways one minute and then admiring the vast public spaces the next. The maze-like path led up and up and eventually to the roof. 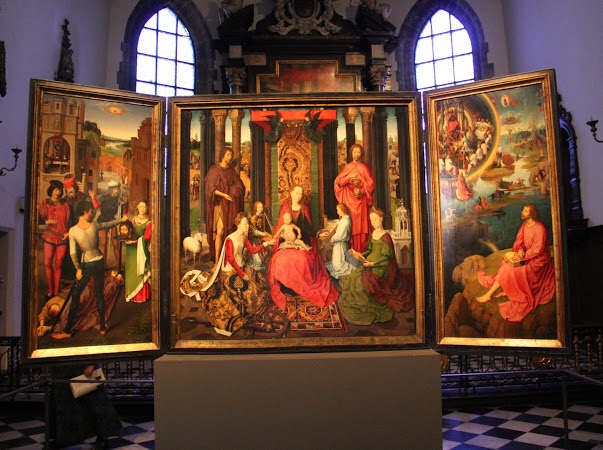 Then we had to go the hospital! Fortunately just for viewing purposes. This particular hospital, Sint-Janshospitaal, has been closed to patients for many years, but for over 800 years it served the needy, poor, and sick. Medical knowledge was extremely limited, but the nuns who ran it offered care more for the soul than body. The poor could come for short stays and have rest and a bit of food. Now the massive building houses a museum of artifacts relating to it’s fascinating history. 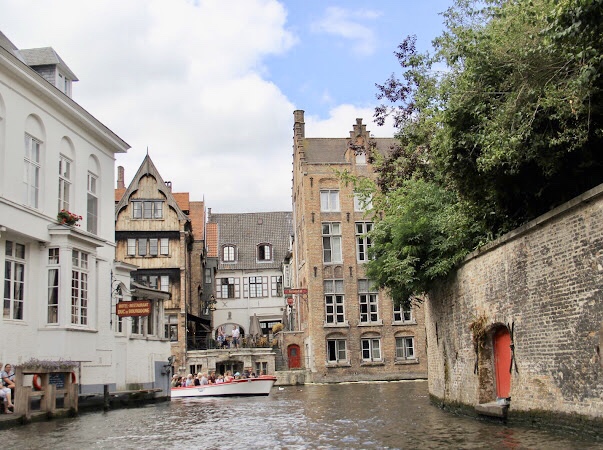 Unfortunately our brief stay in Bruges had to come to an end before we were ready for it to. Another day to explore the other museums, the Belfry, and eat more Belgian Fries in this Unesco World Heritage site would have been perfect. To plan your own visit go to www.visitbruges.com to learn about all the other things you could do here as well!